Dependency on it grows, but the tech is far from ready. We need more research—especially on deployment and scaling-up—as well as rapid emissions reductions to lower the dependency.

Meeting the climate goals of the Paris Agreement is going to be nearly impossible without removing carbon dioxide from the atmosphere. Simply reducing emissions from their current level is unlikely to be enough to limit global warming to well below 2 degrees Celsius. In fact, we need to remove huge amounts of carbon dioxide — billions of tons per year — to meet these goals because we have repeatedly delayed our decarbonization efforts.

At least a quarter of what we currently emit needs to be stored in trees, soil and under the Earth’s crust. But we are not developing these technologies that we desperately need at the required speed. All the blame is on us: we have simply been too slow to reduce emissions, leaving us in a dire situation where we are going to have to depend on technologies that may not be available in time.

Carbon dioxide removal technologies include familiar practices such as afforestation and reforestation, where trees take up the CO2 during their growth and store it temporarily. There are also more high-tech options such as bioenergy — energy from any form of biomass such as plants, trees or other organic matter — combined with carbon capture and storage. With this approach, the biomass absorbs CO2 from the air through the process of photosynthesis; it is released again when it is burned to produce electricity in power plants but then immediately captured and stored underground. There is also the possibility of filtering CO2 directly out of the air through chemical processes.

There is no silver bullet: no single technology is likely to provide all the CO2 removal that is required. All technologies have economic and environmental constrains. They are dependent upon the establishment of policy incentives. We therefore need to explore smart technology portfolios where multiple CO2 removal technologies are deployed at more modest scales. Only diversified portfolios can help us to hedge the risks associated with CO2 removal.

Given our growing dependence on carbon dioxide removal, it is very encouraging to see burgeoning research activities. But the vast bulk focuses on early stage research. The process of innovation is often described as a sequence of stages — from basic science to applied research to demonstration projects to serving early niche markets to scaling up to a larger market, including public acceptance of inevitable side effects at widespread adoption.

Case studies on innovation show that this process typically takes decades to play out. It is a slow grind of building up and transferring knowledge as more entities become involved in the emerging technological system: not just scientists and engineers, but also companies, financiers, regulators and crucially, adopters of the technology. Little has been said about who might use the technology or what their incentives to do so might be.

A breakthrough invention in science often stimulates exuberant assumptions that shortcuts in the process of technology adoption are available. But they rarely are. The research community on carbon dioxide removal may be proceeding down a path of wishful thinking that the brilliance of the ideas behind this research will inherently create adopters and users. A revealing point is that in many studies and news articles, these technologies will be “deployed.” Only rarely do we read about people “adopting” them. This top-down orientation, using military language, is bound to run into problems, especially at the massive scales involved.

Consider the experience of arguably the most dynamic low-carbon innovation so far, solar photovoltaic panels. It took 60 years after the first commercial use, the Vanguard-1 satellite in 1957, to get to the current state where solar beats coal and gas on cost in sunny places. By the 2030s, more than 10 percent of global energy supply is expected to come from solar. The first commercial direct CO2 air capture system came online last year. If air capture is to follow a similar timeline to solar, it will be low cost in 2077 and attain widespread adoption by 2100. That is far too late.

Therefore, we need two major efforts. First, we need a new emphasis from the research community on innovation beyond research and development. We need serious work on early deployment, niche markets, scale-up, demand and public acceptance.

Second, we need to implement ways to accelerate the innovation process for carbon removal to ensure that technologies are available in time at the scale we need them. Right now, national and international climate policy has done little to ensure this. Even if there are no shortcuts, we can use what we have learned from other technologies to speed things up: funding research and development continuously, government purchasing of early models, enabling the international spread of know-how, identifying spillover opportunities across technology areas and — last but not least — taking seriously the political economy of negative emissions.

But we also need a turnaround in climate policy. We need to bend the path of continued increases in greenhouse gas emissions and start an era of rapid and sustained emissions reductions right now. Only this can limit our future dependence on carbon dioxide removal technologies. At the current state of climate diplomacy, emissions reductions and carbon removal technologies can no longer be perceived as contradictions.

This article was co-authored by Gregory Nemet, associate professor at the University of Wisconsin-Madison. It appeared originally on The World Post. 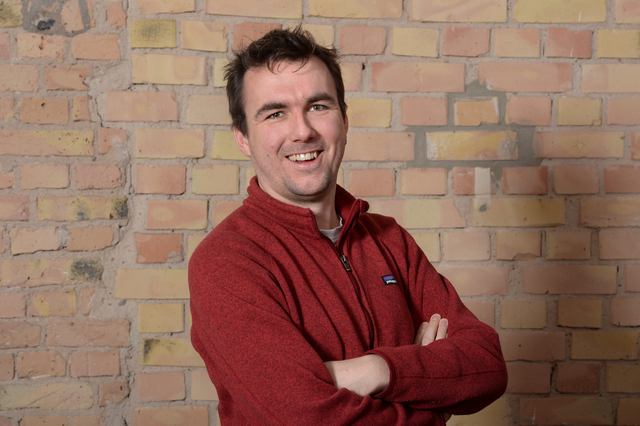