Coal in Indonesia and Vietnam 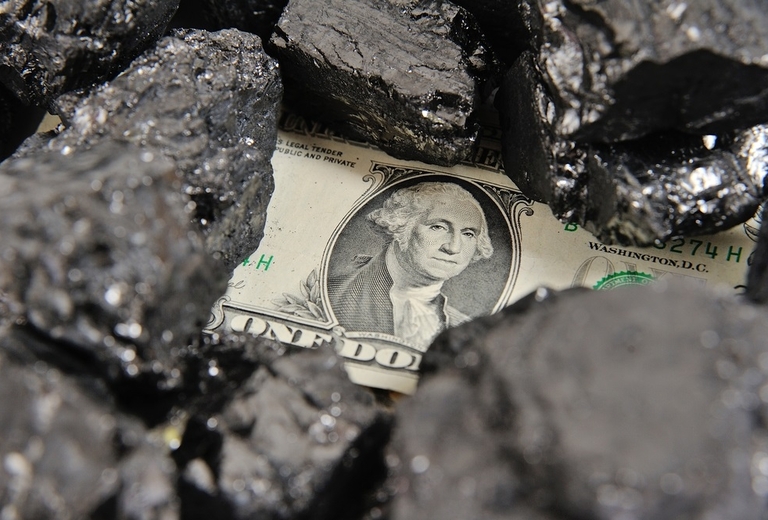 Phasing out coal until the middle of the century will be one of the most important steps to reach the climate targets of the Paris Agreement. The good news in this regard is that globally the coal pipeline is shrinking. Some of the world’s prime coal users, especially China and India, have cancelled and shelved some plans to construct new coal power plans.

The bad news, however, is that the next group of fast growing countries envisage to make coal their primary source of energy. It is the next billion of people escaping poverty, living primarily in the populous countries of South and South East Asia that drive the next wave of coal investments. Typically, they still use relatively little energy per capita but show rapidly increasing energy demand to satisfy their needs. Within the scope of a long-term project to better understand which political factors drive investments into coal, we are currently involved in two case studies in Indonesia and Vietnam, who plan to substantially ramp up their coal capacities. For this reason, we travelled to both countries and would like to share some first insights.

Indonesia seems to be stuck on coal for the foreseeable future. The president has made cheap and reliable electricity, universal access, as well as expansion of public infrastructure centerpieces of his last presidential campaign. With re-elections coming up next year he gets under increasing pressure to deliver. At the same time the (powerful) coal industry has backed his campaign, while he has fought other important interest groups, such as the oil and gas industry. Revenues from coal mining in Indonesia make up a significant portion to the national state’s budget (around 5%). They are also an important source of revenues for the provinces and municipalities and have obviously played an important role in the government’s decentralization attempts - a historically very sensitive aspect in Indonesia which has long been fighting decentralization and separatist movements.

Indonesia plans to build 35 GW of new coal fired plants in the next years. In this respect, the narrative of “resource nationalism” has been prominently put forward (note that Indonesia has been under a nationalistic military rule until 1998 and the legacy is still very prominent). With declining demand from other countries (most prominently China), the mining industry is concerned that export markets will shrink and have (successfully) lobbied that coal will increasingly be used domestically. Financing those plants is not necessarily dependent on foreign money, as Indonesian banks are familiar with it and happy to provide the necessary capital.

For renewables, in contrast, they are skeptical to provide the necessary funding, leading to financing costs of RE projects reported to be higher than 14%. A feed in tariff that in the past had triggered some investments has been revised downwards, which has dried up the previously existing project pipeline. In addition, the positive climate effects of RE investments do not seem to be prominently recognized in Indonesian policy debates. Climate change mitigation is mostly regarded to be an issue related to land use and forestry, but not the energy sector. The same is true for air pollution concerns that are not linked to coal – at least not at the national level.

The public utility PLN is heavily geared towards large-scale projects and unable to appropriately deal with fluctuation, small-scale renewables, while the key ministries (ministry of mining and energy, ministry of state-owned enterprises and ministries of finance) support this centralized approach of electricity production. Furthermore, in a highly corrupt policy environment the opportunities to extract rents along the coal value chain (transport of coal, transport and disposal of ashes, etc.) are seen to be larger than within the field of the renewables.

There are only few actors that would have a significant interest in the planned power plants not being built, and these don’t have a substantial influence on policy-making (e.g. NGOs). For those who desperately look for some more positive news, though, it seems that GDP growth and energy demand projections have been rather optimistic, which might lead to some plants not being built.

The situation in Vietnam is slightly different. The government seems to be torn between various different and partly conflicting narratives: To support industry and households, the electricity price in Vietnam is kept at an extremely low level (around € .06 / kWh), substantially below production costs. Communist self-depiction requires that utility services to be supplied to everybody (ideally for free). Also, electricity prices are also kept low to control general inflation. Hence, the political levy for price increases is rather limited. The low prices also make energy efficiency measures highly unattractive.

However, the country has reached a self-imposed debt ceiling and EVN – the state owned enterprise (SOE) that is responsible for electricity production, transmission and distribution - has been blamed publically to “win a price for contributing most significantly to public debt”. Hence, there is some pressure also from inside the government (e.g. the Ministry of Finance) to increase prices, which in turn would also be more favorable for renewable energy.

Vietnam will require new electricity capacity relatively soon to keep track with the fast increasing energy demand and avoid blackouts. “Keeping the lights on” was mentioned as a key priority by quite a few interviewees. The current Power Development Plan (PDP) foresees adding significant new coal fired power plants, which is – next to hydro power – what institutions are used to manage and handle. It seems to be particularly hard to not build those plants once they made it to the PDP. It is interesting to note that coal is built by Chinese and Korean investors who seem to know very well whom to bribe to get their plants into the plan.

However, the PDP will be renewed in 2019 and there seems to be a window for opportunity to cancel at least some of the plants. Particularly in the Mekong delta region there seem to be reservations to new power plants, majorly due to environmental concerns by the local population. In addition, as Vietnamese coal reserves are shrinking the newly built plants would all need to rely on coal imports. At least parts of the governments are highly skeptical about that, fearing Chinese interventions on coal trading routes.

Renewable energy technologies – at least what we’ve heard from investors and some donors – would have significant potential in Vietnam. There seems to be very severe reservations on the government’s side whether those technologies can, however, deliver. They are primarily mentioned in connection with electrifying remote rural areas.

At the same time, vested interests of an “energy sector personnel carousel” (regulator, SOEs,…) largely favor coal. Individual incentives to change the running system are limited as those who are currently serving in the government often know that the next step in their career will be serving in the responsible SOE (EVN).  New interest groups that could benefit from investments in RET (e.g. the cement sector) are not involved in the planning decisions, as this is handled by a different SOE. In addition, EVN is very skeptical of disbursed and privately owned RET they cannot control.

Still, international investors are very keen to invest in renewable energies and seem to put pressure on the government. Several investment funds seek investment opportunities (in the order of magnitude of USD 1 bln). Currently, the policy framework seems to be unstable with a feed-in tariff not being paid as agreed upon or power purchase agreements being designed in a way that international banks will not lend money. Including bribes, policy risks and additional costs for getting connected to the grids the financing costs would be much higher than 10%, which makes the investments largely unattractive.

Even though these observation are still preliminary, they suggest two important insights. First, to understand future carbonization processes it is highly relevant to look into the country specifics. In Indonesia, it is rather difficult to report too many good news for the climate, as even the coal mining association states that it is quite satisfied with the government’s current energy policy. In Vietnam, we would be slightly optimistic that there might be a window of opportunity that another narrative prevails and the pipeline will shrink significantly after the next update of the PDP.

Second, decreasing costs for RE increasingly put coal under pressure. Renewables get closer to getting viable even without policy support in Indonesia and Vietnam. Some interviewees even highlighted the timing dimension explicitly: Maybe in five years from now, nobody will build coal out of economic reasons any longer. The question will then still be how to deal with foregone income opportunities for those parts of the ruling elites that are now highly connected to coal. 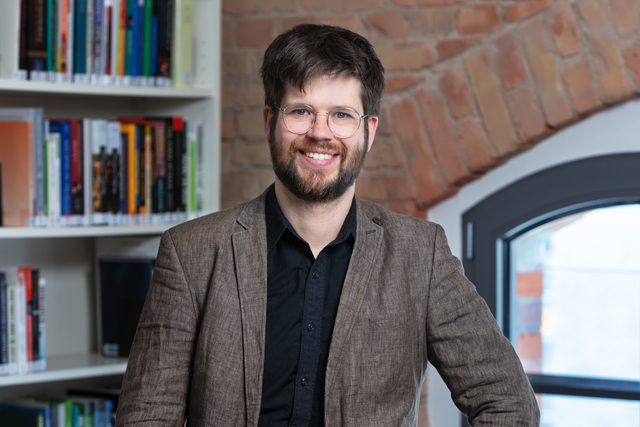 Prof. Dr. Jan Steckel heads the working group “Climate and Development” at MCC. He is also a professor of climate and development economics at BTU Cottbus.His research focuses on climate change mitigation in developing and newly-industrializing countries. He contributed to IPCC reports, and led a chapter on phasing out coal for the UNEP emissions gap report 2017. 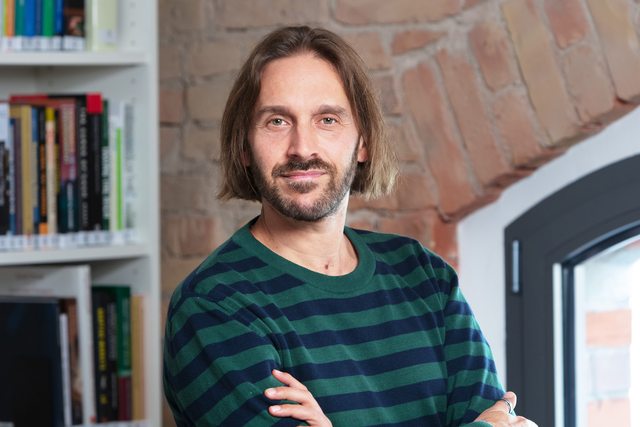 Dr. Michael Jakob is an MCC Fellow. His research focuses on the interrelation between climate change mitigation and sustainable socio-economic development. He holds a PhD in economics as well as  degrees in physics and international relations. He is a Senior Fellow at the Ecologic Institut in Berlin.